VALEAP was established in 2008, following the 2007 Virginia Tech mass shooting and the 2006 tragedy at the Fairfax County Police Sully Station. Since the first PCIS retreat in the summer of 2009, more than 700 officers from over 75 Virginia agencies have participated. VALEAP has also worked with over 22 federal and out-of-state agencies, including participants from Connecticut, Ohio, New York, North Carolina, South Carolina, and Arkansas. 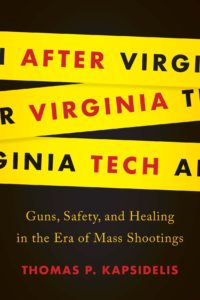 “After Virginia Tech: Guns, Safety, and Healing in the Era of Mass Shootings” by Tom Kapsidelis discusses the origins of VALEAP and our continuing work with police officers.

VALEAP was featured on the PBS series, Virginia Currents. Watch the video of the segment below to learn more about the organization and its leaders.